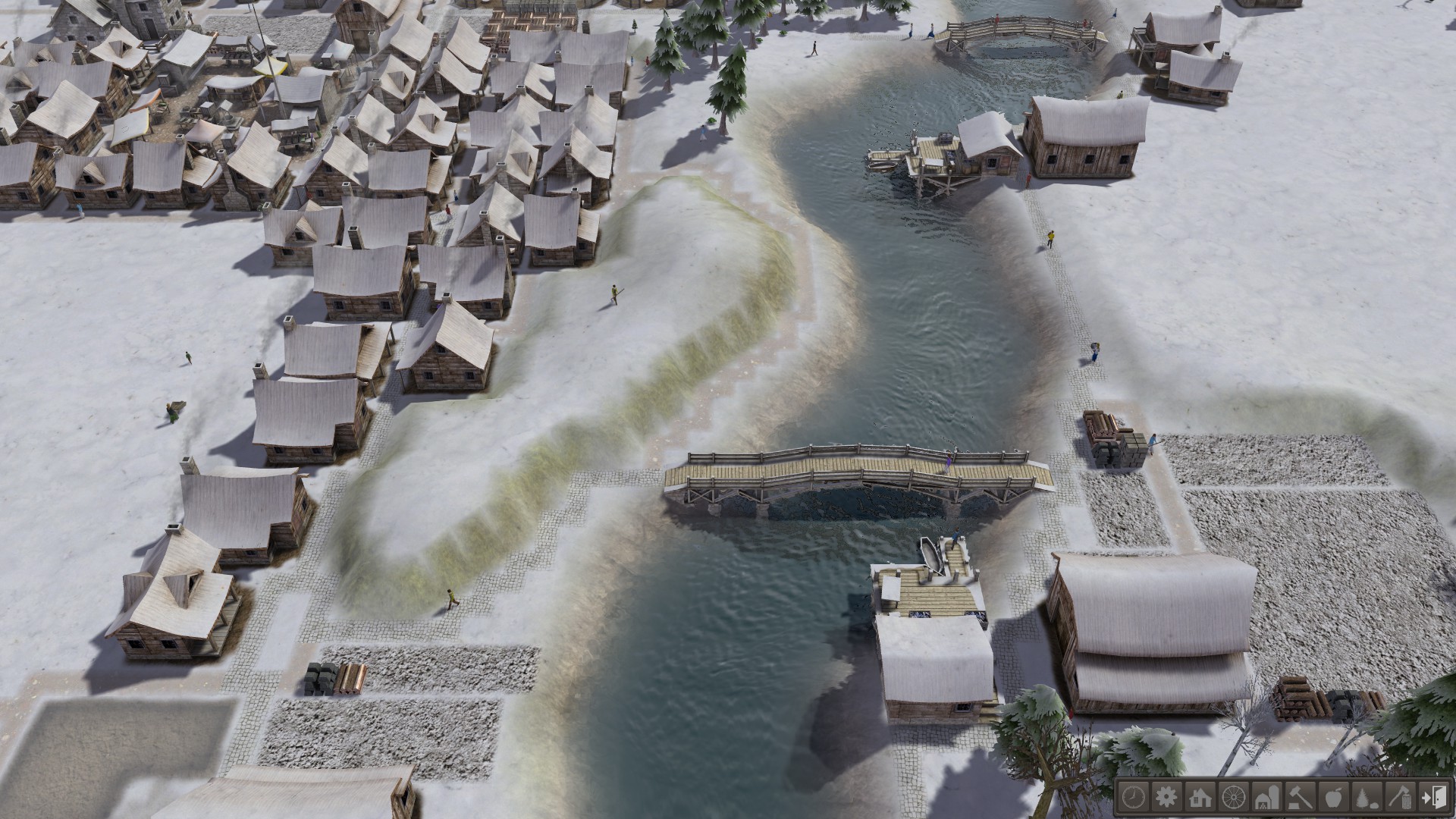 This review is based on the current vanilla version of the game, which is to be regarded as completely finished (There will not be any further updates or patches).

+ It’s Different: Banished is a city-, or rather, village builder. The main goal, however, is not to build a prosperous metropolis, but to keep your citizens alive in a hostile environment. The key to this is wise resource management and proper planning. Banished has been called “The Dark Souls of City Builders” and I can agree with this. It may seem very hard – even unfair – at first, but once you understand the mechanics, it becomes very doable as long as you keep paying attention.

+ Actual Simulation: Every single citizen is born to a family, given a (weird) name and after growing up and finishing school, will get a job, move in with a partner and found a family of their own. Everything that you set in motion will be visibly carried out by your citizens; from clearing land to planting seeds to finally bringing in the harvest, you can observe every step being carried out. Similarly, buildings don’t just plop up where you order them built, the necessary materials have to be carried to the location, after which you can watch the structure being erected in two or three visible stages. Your workers have to get there first though, which means the farther away from established infrastructure you chose to build, the longer it will take (and the less efficient production buildings will be).

+ The Achievements: There are no “Do something incredibly moronic and counter-intuitive that will totally frack up your savegame, or just be a boring grind that will taint your memory of the game if you care enough about achievements to actually do it” type achievements. Almost all of them are just about doing well at the game. The others, like “Mountain Men”, can be viewed as scenarios (which are otherwise missing from the game).

+ The Bugs: I haven’t encountered any. 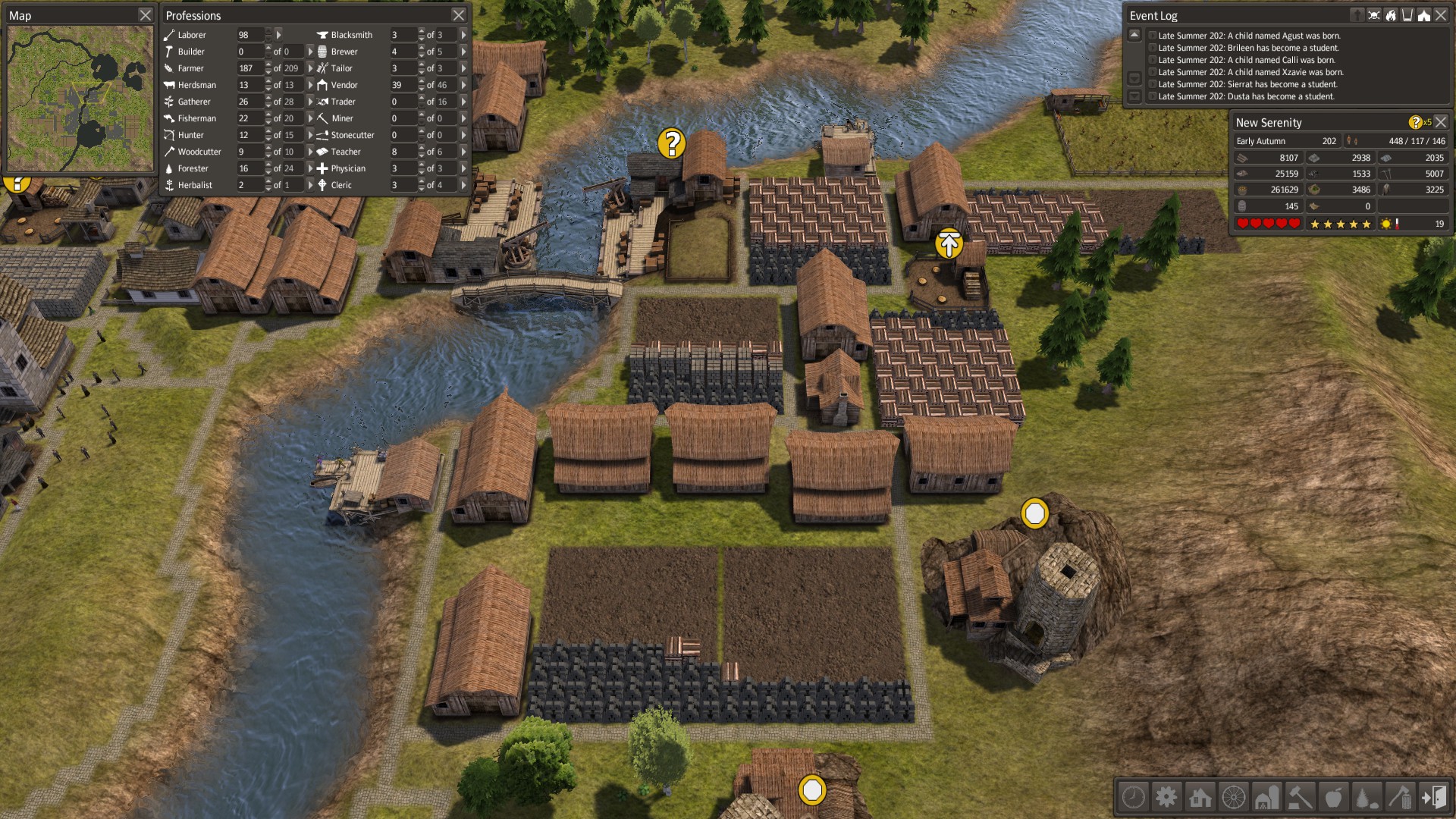 ~ Graphics: The graphics are OK, i.e. “not ugly”. Fully zoomed out, they’re even kind of charming, as long as you ignore stuff like the river-crossing Jesus Deer.

These are minor issues and there are ways to get around them, but it certainly isn’t optimal.

~ Variety: There’s not a lot of it, except in food. There are very few building types and even fewer upgrades (one for houses). But hey, it works and there is enough to manage. 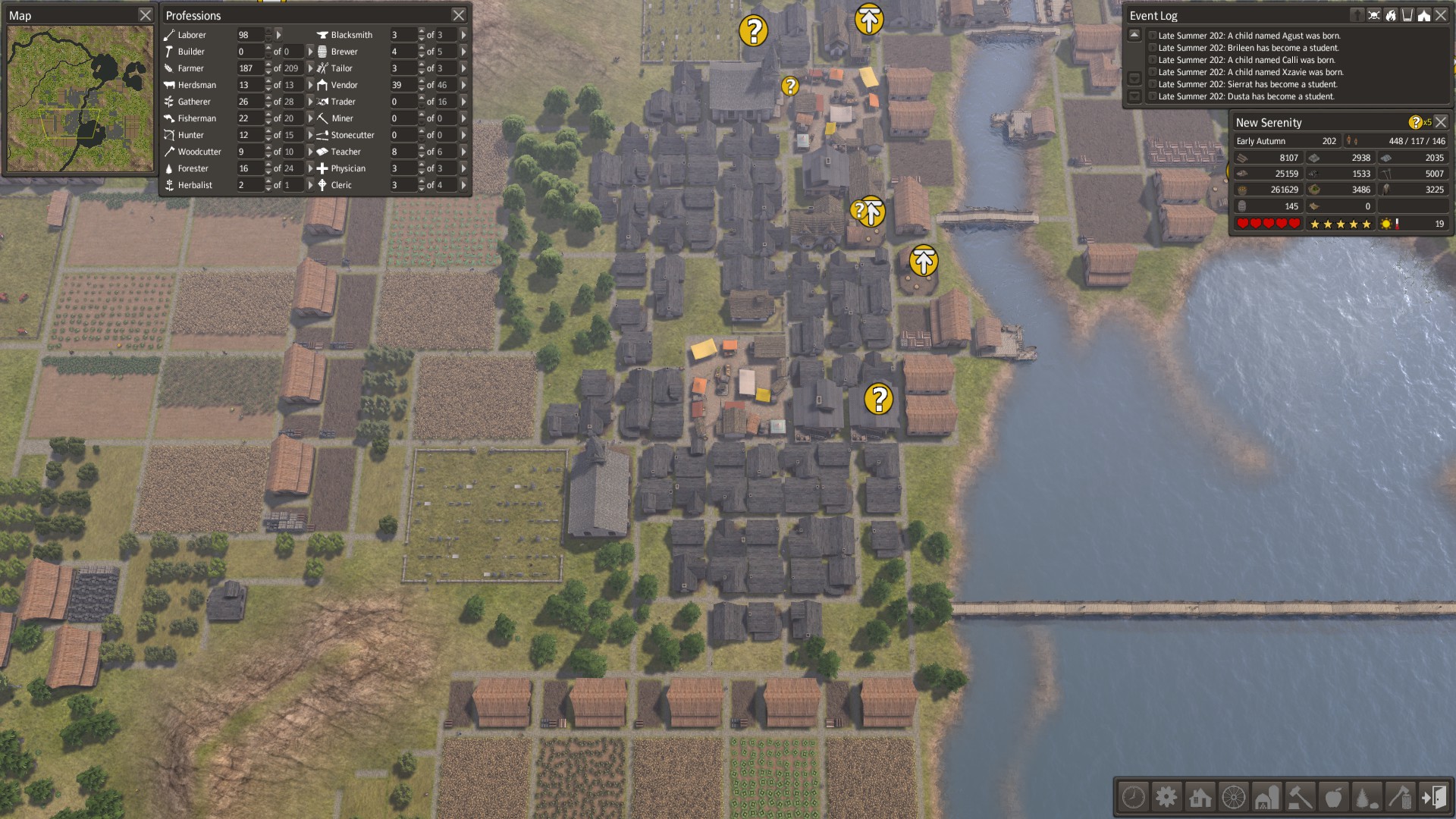 – Performance: This simulation-heavy game is not optimized to run on multi-core processors and will only use one core. This results in simulation speed and FPS drops after a certain amount of citizens in your town. The point of the game slowing to a constant crawl was reached at a population of around 1000 in my case (i7 5930K). This is quite late in the game though. Point of reference: The highest population achievement is 900.

I obviously enjoyed playing Banished and I sincerely recommend it to everyone who is interested enough to read through this review. It’s a good game. Not great, but good.

You can find the game here, on Steam.

What do you think? Feel free to leave a comment below 🙂